On 21 April, the day before the start of the 2017 ECCMID meeting, ISAP held a joint one-day conference with EPASG (the ESCMID PK/PD of Anti-infectives Study Group). The conference was entitled ‘Anti-infective PK/PD: Integrating Knowledge and Innovating Therapies’ and was held in the historic Old General Hospital Vienna. The program included sessions on key topics such as antimicrobial resistance, combination therapy and the role of the immune system. Informative and entertaining ‘pro’ / ‘con’ debating sessions on topics such as the future role of modelling versus clinical studies in the development and optimization of dosing of antimicrobials enhanced the program. A special feature of the day’s activities was a ‘Young Investigator’ session, which included presentations from 16 up and coming researchers, the largest number ever for such an ISAP session. All young investigators performed very well and the judges had great difficulty in deciding the recipients of awards. Overall, the first-placed awardee was Tobias Heinrichs, while Iris Minichmayr, Amelia Deitchman, Alexia Chauzy and Nikolas Onufrak also received awards. The ‘Young Investigator’ session continued the ISAP tradition of providing a forum for the emerging researchers of our discipline to deliver oral presentations of their research in a supportive setting and receive constructive feedback. The conference was supported by Basilea and Roche (main sponsors) and Nabriva and AntibioTx (sponsors). 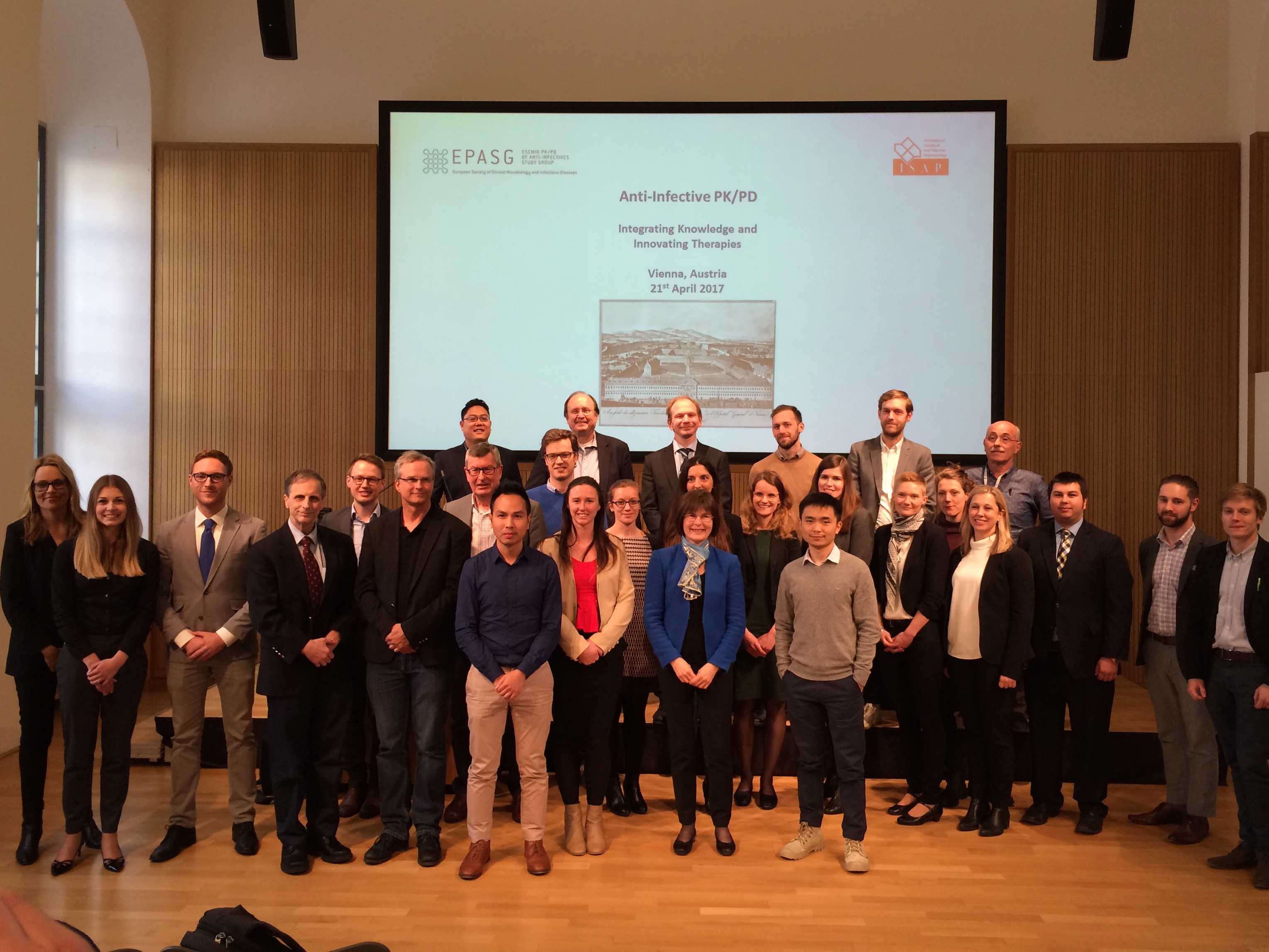 There were 120 attendees at the conference, a capacity crowd for the venue. Members of ISAP and EPASG (note that members of ESCMID can apply for free membership of EPASG) received discounted registration for the conference. Attendees at the conference indicated that they greatly enjoyed the day of antimicrobial pharmacological science. The day concluded with a wonderful dinner at a lovely heuriger in Vienna, and the presentation of awards to young investigators (see photo). This social event was kindly supported by the Mayor of Vienna.

The conference would not have been possible without the tireless efforts of our Viennese colleagues Markus Zeitlinger and Ursula Theuretzbacher (conference chairs), with support from Alina Proll. The contributions of all members of the conference organizing committee, the speakers and chairs, Jacqueline van der Meer (Congress Care) and the sponsors are gratefully acknowledged. 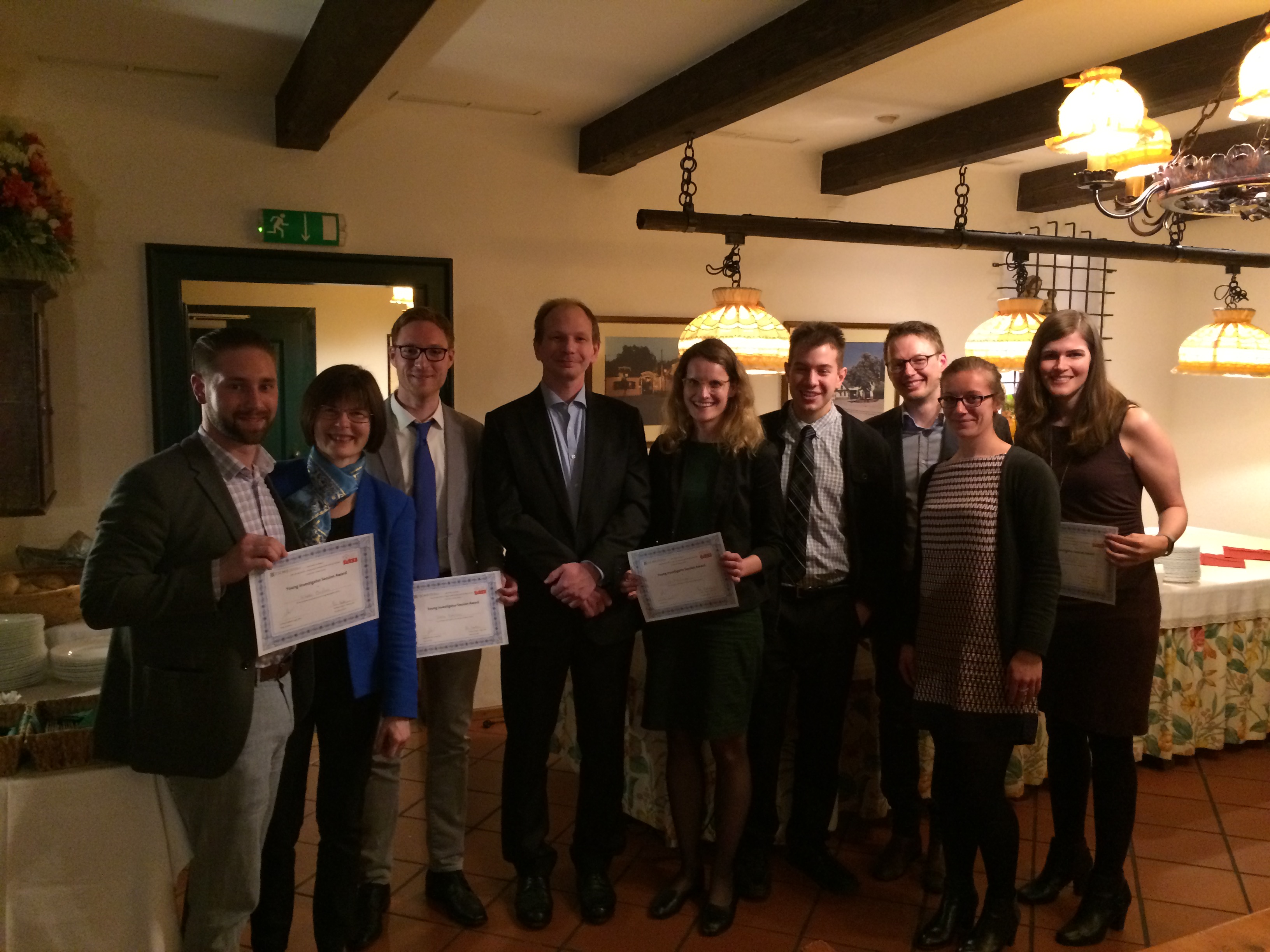